My Web Design Tool Of Choice

To begin, my design tool of choice for most clients is WordPress. But why WordPress?

First, WordPress is free, though I must use a THEME, in my case the DIVI theme which I have a lifetime license for usage. The Divi theme gives me the flexibility to code as I choose and implement features into a WordPress site called “plugins” which are software that I implement within a Wodpress site and works seamlessly with my Divi theme. Given that WordPress and plugins constantly get updated for future changes on the internet, I believe the WordPress platform and associated plugins serve my client’s best interest since a site will keep up with the times and prepared for the future.

Over the past 20 + years, my fees have increased regarding my web development fees and Wildlife Pest Control Web Design Cost. So before I start with how I charge my clients, I would like to start with a short story.

A woman and her son were walking in Central Park in New York when she came upon an artist known for her unique painting style. The woman asked the artist, “My son loves your painting style and aspires to be an artist. Would you mind sketching a simple drawing on this matchbook cover to inspire my son?” The artist said, “Yes, of course.”, and quickly sketched in under 10 seconds.

And so the motto of the story is “with years experience comes more knowledge, skill, and creativity.” In the end, you get what you pay for, which can be more or less than what you expect. So to help you get a glimpse of how I determine how I charge my clients, consider the following criteria I use.

How Many Pages, And Their Complexity, Determines Wildlife Pest Control Web Design Cost

The other aspect of a web page is its complexity which has to do with its layout and how the layout must be constructed for various viewing devices like a desktop computer, a laptop which is a traveling desktop, a tablet, and a smartphone. Modifying a complex layout for all devices is time-consuming and demands knowledge of not only HTML but CSS.

One of the first things I ask a potential client is how many pages he or she wants. With that in mind, I can get a sense of the cost I will charge, which generally is at a minimum of $125.00 a page. After that, I have found it quite helpful if a client looks around the internet for a style of websites he or she likes. As an aside, I build my websites from scratch and do not use templates.

I have 20 years of experience with Adobe Photoshop, which allows me to resize and clean up photographs that I use on a website. Usually, a Wildlife Pest Control website has more than the average number of photos on the site. Hence, all the photo work increases the Wildlife Pest Control Web Design Cost. Many clients will present me with poorly shot photographs. I have numerous software programs besides Photoshop that allow for enlargement, sharpening, noise removal, and more.

Learning how to use all these programs properly took years of experience. But generally, I ask clients to send me their photos with a size as large as possible and shot in good lighting. There is nothing worse than blurry or pixelated photos on a website.

Take a look below at the before and after photo of a colony of bats. Notice how pixelated the left side photo appears compared to the right side photo. You always want to provide me with high-quality images like the photo on the right. 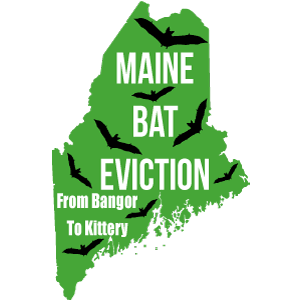 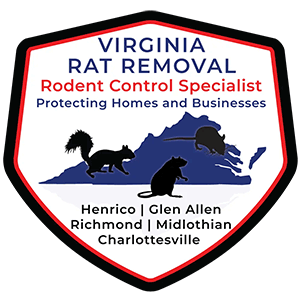 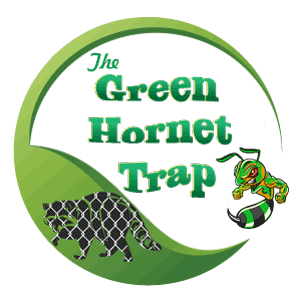 Content writing is essentially text on a webpage. For the best Search Engine Optimization performance, so your page places well, I always suggest 1500 words per page. Based on the keywords on a page, like “raccoon trapping,” the content on the page will center around the keyword and issues related to the keyword. Other related words or word phrases used with “raccoon trapping” might be “raccoon damage, “raccoon feces,” “raccoon diseases,” and so on.

Depending on your competition, what keywords I use is very important.

To understand the concept of maximizing Organic SEO, please read my following post called Maximizing Organic SEO With YOAST. At this point, I use several tools that enable me to give a web page I design for you the greatest probability of being located.

My new tool of choice for Organic SEO is Rank Math which I get you to purchase for a reasonable fee of $59.00 a year, and I can use Rank Math on as many sites that you want me to develop.

You purchase Rank Math from the developer, and I implement it on your site. I make no money on this.

I also ask you to rent a software tool like Mangools that allows me to research your competition and make sure I make your site better than the rest. You only have to get this while developing your site, which costs $69.00 a month and is well worth the investment. Once I finish your site, you can drop the service.

There is so much more to Organic SEO, like starting a Google Console for you, getting you on the Google Cloud service, but these things are free but do give your site a boost.

Once I complete your site I’ll need to update it several times over the month. WordPress, plugins, and the Divi theme regularly update features making your site load more quickly while adding features that make sure WordPress, Divi, and the plugins play nicely together. I have to go into the backend of your site and manually do the updates and make sure that no conflicts arise. I repair these conflicts at no cost to you other than the monthly $25 fee.

Hiring Someone You Can Trust To Build You Site

I’m going to end this post though I could say so much more. But I feel extending this post will bore the average reader. Keep the following in mind: before you hire anyone to build your site, check out the developer’s clients and talk with them. What makes me unique is the amount of time I devote to my clients, and I’m always there for them. Just ask my clients.